Not officially announced yet, but several leaks suggest that Kate Bush's new studio album is due for release on Nov. 21.

This article about EMI Germany's release dates says the album comes out Nov. 18 in Germany and that the record company in that territory has already heard some of it: http://www.musikmarkt.de/Aktuell/News/News/EMI-Music-sieht-sich-fuer-Weihnachtsgeschaeft-gut-aufgestellt

This follows a July newspaper interview with the head of EMI Australia who was quoted as saying, “Of course, you can never be sure with Kate Bush. She does things at her own pace. But we’ve been told to prepare for a November release.”
http://www.starobserver.com.au/play/entertainment-play/2011/07/21/queer-music-geek-brings-emi-to-the-people/57008

Other unsubstantiated rumors based on hearsay:

* The album consists of 7 songs, each of them over 12 minutes in length.
* The album includes a duet
* The first single is called "Wild Man" 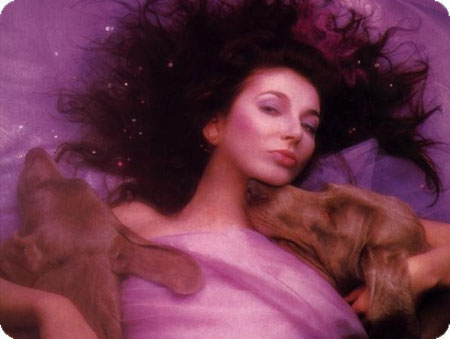 who is singing with her for duet?

No rumours yet on that one - the one she did with Peter Gabriel, Don't Give Up, was excellent: 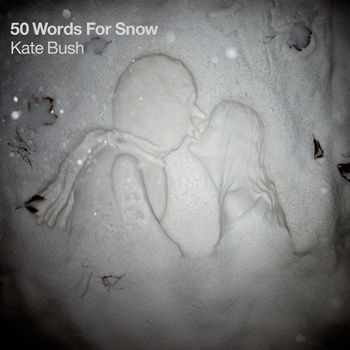 We are extremely pleased to announce that Kate will be releasing a brand new album: "50 Words For Snow" on 21 November 2011

The album will be the second release from Kate's own label Fish People and comprises all new material that was recorded during the same period that Kate worked on her album “Director’s Cut”.

You can pre-order your copy at any of the following online stores now:

“50 Words For Snow” will feature seven brand new tracks set against a background of falling snow. The total running time is 65 minutes and the track listing is:

Please stay tuned to our official News section here, as well as our Facebook and Twitter pages for future updates on "50 Words For Snow".

It's gonna be a white Christmas...

"Wild Man" will be released on 11th October 2011 and will be available from all digital retailers.

50 Words For Snow is available for pre-order here: http://www.katebush.com/50-words-snow-pre-order and will be released worldwide on 21st November 2011

The total running time is 65 minutes and the track listing is:


There are many peculiar things about Kate Bush's 50 Words for Snow. If it's not strictly speaking a Christmas album, it's certainly a seasonal one, and the seasonal album is these days more associated with Justin Bieber than critically acclaimed singer-songwriters following their own wildly idiosyncratic path. It devotes nearly 14 impossibly beautiful minutes to Misty, a song on which Bush imagines first building a snowman and then, well, humping him, with predictably unhappy consequences: "He is dissolving before me," she sings sadly, not the first lady in history to complain about an evening of passion coming to a premature conclusion. It features a title track that turns out to be more prosaically named than you might expect. Over pattering drums and an almost acid house synth line, Stephen Fry (perhaps possessed by the spirit of his hero Vivian Stanshall's cameo appearance on Mike Oldfield's Tubular Bells) enunciates 50 largely made-up synonyms for snow with fruity relish, while Bush offers encouragement from the sidelines: "Come on, man, you've got 44 to go." The first words are beautiful, but become increasingly Pythonesque – you go from blackbird braille and Wenceslas air to schnamistaflopf and boomerangablanga. And, on Wild Man – on which Bush sings about the Yeti in a voice that suggests she'd definitely consider giving him a seeing-to as well – we find Andy Fairweather Low pretending to be a Nepalese mountain dweller: "While crossing the Lhapka-La, something jumped down from the rocks," sings the veteran sessioneer.

But in one sense, these peculiarities aren't really that peculiar, given that this is an album by Bush. She has form in releasing Christmas records, thanks to 1980's December Will Be Magic Again, on which she imagined herself falling softly from the sky on a winter's evening. She does it again here on opener Snowflake, although anyone looking for evidence of her artistic development might note that 30 years ago she employed her bug-eyed Heeeath-CLIFF! voice and plonking lyrical references to Bing Crosby and "old St Nicholas up the chimney" to conjure the requisite sense of wonder. Today, she gets there far more successfully using only a gently insistent piano figure, soft flurries of strings and percussion and the voice of her son Bertie.

Meanwhile, Fry's is merely the latest unlikely guest appearance – Bush has previously employed Lenny Henry, Rolf Harris (twice) and the late animal imitator Percy Edwards, the latter to make sheep noises on the title track of 1982's The Dreaming. Equally, Fairweather Low is not the first person called upon to pretend to be someone else on a Bush album, although she usually takes that upon herself, doing impersonations to prove the point: Elvis on Aerial's King of the Mountain, a gorblimey bank robber on There Goes a Tenner. Finally, in song at least, Bush has always displayed a remarkably omnivorous sexual appetite: long before the Yeti and old Snow Balls showed up, her lustful gaze had variously fixed on Adolf Hitler, a baby and Harry Houdini.

No, the really peculiar thing is that 50 Words for Snow is the second album in little over six months from a woman who took six years to make its predecessor and 12 to make the one before that. If it's perhaps stretching it to say you can tell it's been made quickly – no one is ever going to call an album that features Lake Tahoe's operatic duet between a tenor and a counter-tenor a rough-and-ready lo-fi experience – it certainly feels more intuitive than, say, Aerial, on which a lot of time and effort had clearly been expended in the pursuit of effortlessness. For all the subtle beauty of the orchestrations, there's an organic, live feel, the sense of musicians huddled together in a room, not something that's happened on a Bush album before.

That aside, 50 Words for Snow is extraordinary business as usual for Bush, meaning it's packed with the kind of ideas you can't imagine anyone else in rock having. Taking notions that look entirely daft on paper and rendering them into astonishing music is very much Bush's signature move. There's something utterly inscrutable and unknowable about how she does it that has nothing to do with her famous aversion to publicity. Better not to worry, to just listen to an album that, like the weather it celebrates, gets under your skin and into your bones. 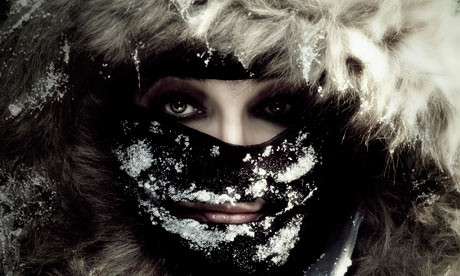