This is the TV studios on the River Thames where Shania made a TV special, the first time I saw her for real so had to take a pic.

That picture with everyone standing around, it's pretty random. Where was that taken?

Right behind me, I just held the camera up and took it. There were almost 100,000 people there I believe, we were in the Gold Circle at the front but that was something like the front 20% of the crowd. It was huge. I was actually stood on the raised ramp thing which carried the cables from the stage to the sound desk so I was a bit higher up, good tip for anyone going.

To think all Shania's sound was travelling literally under my feet to the sound desk before going out to the crowd...Just to the right of that pic was the sound desk which I went and stood by at the end. Some idiot jumped over the barrier right next to me and I turned around to see some scruffy looking guy wearing a Chelsea Football Club hat. For about 5 seconds I was just staring at him thinking he looked familiar, so I said hi, he said hi back. Bryan Adams.

Lol Paul, I'm sure Bryan Adams didn't mind that you didn't recognise him at first.

I was right in the front row...but sadly I haven't gotany pics to show

Did you get to touch Shania Annette? On her Chicago DVD in a couple of songs I see she went down to the crowd to touch their hands, and sing with them

No, unfortunately not... She did that in Hyde Park as well, but mainly around the center of the stage as far as I remember.

I've touched her twice but not at Hyde Park.

You're lucky Paul; Touch Shania has to be.... amazing! even see her close!

Thanks for the pictures

I watched so many times that little concert on youtube and it was so good!

Paul wrote:I've touched her twice but not at Hyde Park.

Ah, such fantastic memories. I was a big fan before this concert, but it was this day that truly made me lose my head and heart! There was magic in the air

Took me quite a bit of time after this though to start discovering all the online Shania communities!
Can't believe it wad so long ago .........

Thanks for the link John

I can see myself on the big pic, I think one of the band members took that pic right before the show started.

did you give your cam to him to take a pic...

Paul wrote:I can see myself on the big pic, I think one of the band members took that pic right before the show started.

Nope - that one was taken by Sailor Tom...

Cool pics I kinda know which songs she is doing from the pics. 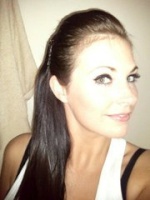 I could never see her live

Aw well you never know maybe something will happen one day. At least you can get the DVDs of Chicago, Texas and Miami its a lot like being there and you can watch them over and over.

yeah but I must see her live at one point, someday..SOON I hope haha

I will cross my fingers for you. It looks like for now the only way to be sure is go to Las Vegas but I would easy prefer a live concert its more my thing. Maybe she will do some proper concerts after Las Vegas.